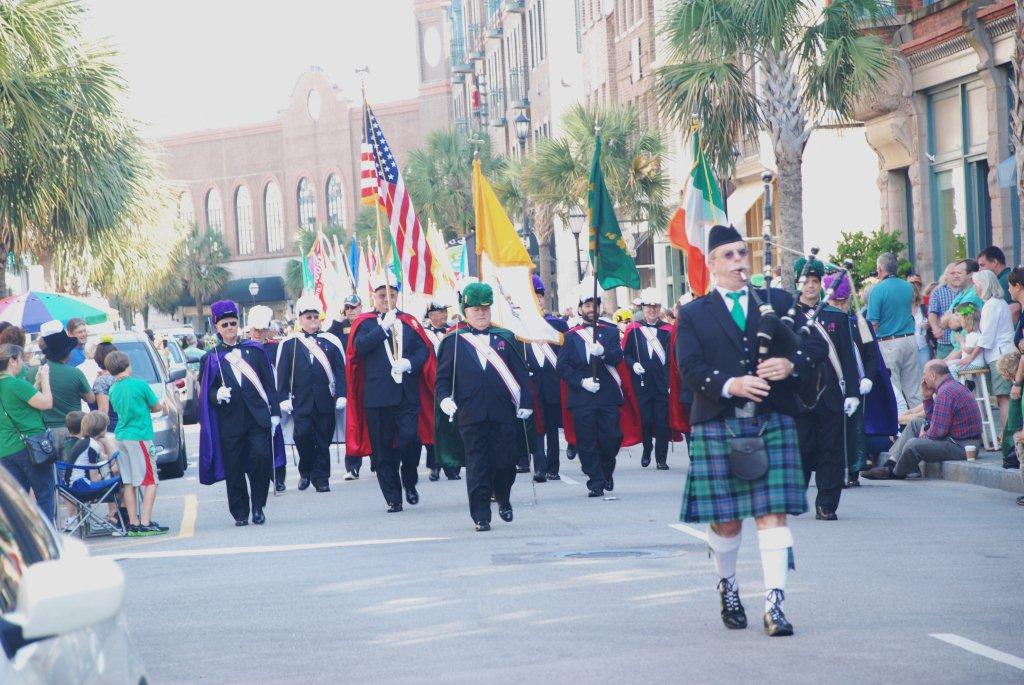 
There is evidence of St. Patrick’s Day celebrations in the city going back to the mid-eighteenth century when groups like the Friendly Sons of St. Patrick met to celebrate the day. The Hibernian Society, founded in 1799, and reconstituted in 1801, used March 17 for its banquet. Parades began in the nineteenth century and were usually led by the various Irish militia units. Noted Irish Charlestonian historian Donald Williams has found the earliest parade taking place on Broad Street in 1823 when the Irish Volunteers paraded after a speech by Bishop John England. By the end of that century the processions had grown substantially in size and length. Usually starting at the Irish Volunteer Hall on Vanderhorst Street they proceeded down King to Broad and over to Meeting and back to Calhoun Square dropping off the various groups at their respective halls along the way. These larger parades continued into the twentieth century but stopped in the mid -1920’s when many of the city’s Irish organizations folded. By the 1930’s all that remained was the Hibernian Banquet, joined in the 1940’s by a Knights of Columbus dance. In the late 1950’s the Knight of Columbus began celebrating Mass in St. Patrick’s Church and then in the early 60’s walked over to their hail on Calhoun Street for a luncheon afterward. The luncheon soon replaced the dance as the major focus of the daytime activities. In the 1970’s the Hibernian Society began their short parade along Broad Street to the Hibernian Hall. The major parade was revived in 1997.