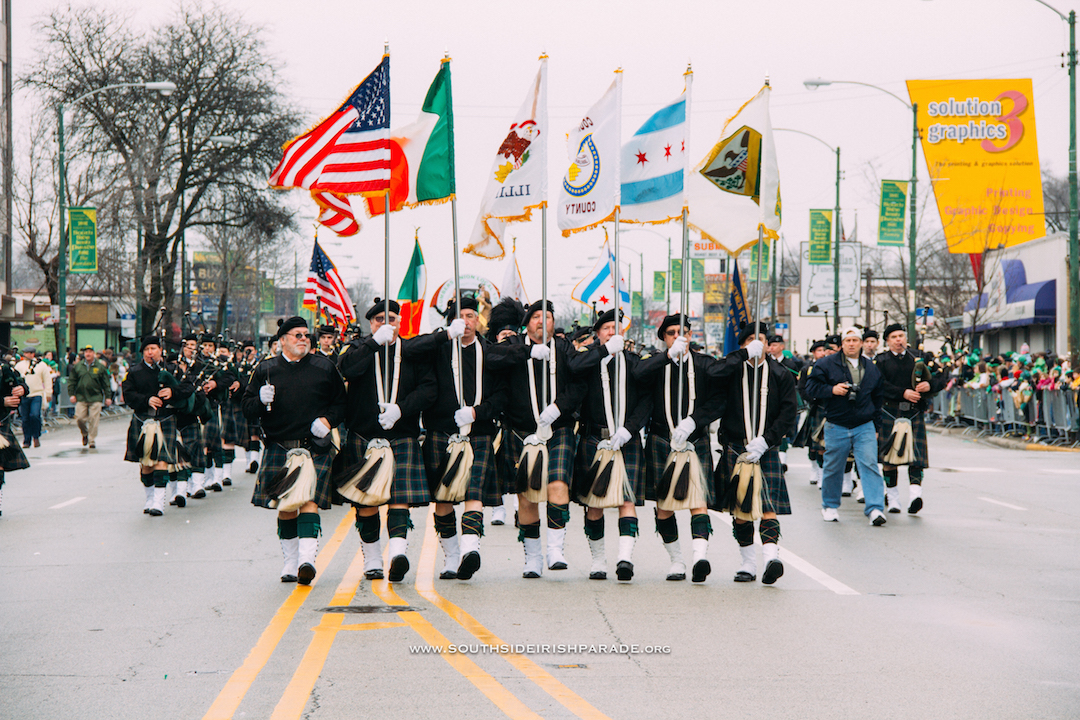 
Each year since 1981, the official parade route has been from 103rd & Western to 115th & Western, and each year a Grand Marshal is chosen, often a charitable organization that is dedicated to children. And each year since 2004, the parade designated another organization as a Special Honoree, thus enabling the parade to highlight and honor two unique organizations each year.
Through the years, the Parade quickly grew and became considered to be one of the largest Saint Patrick’s Day community celebrations outside of Dublin. After the 2009 Parade, the South Side Irish Parade Committee decided to cancel the parade to help ensure a safe family friendly celebration.