Get Wed in Ireland 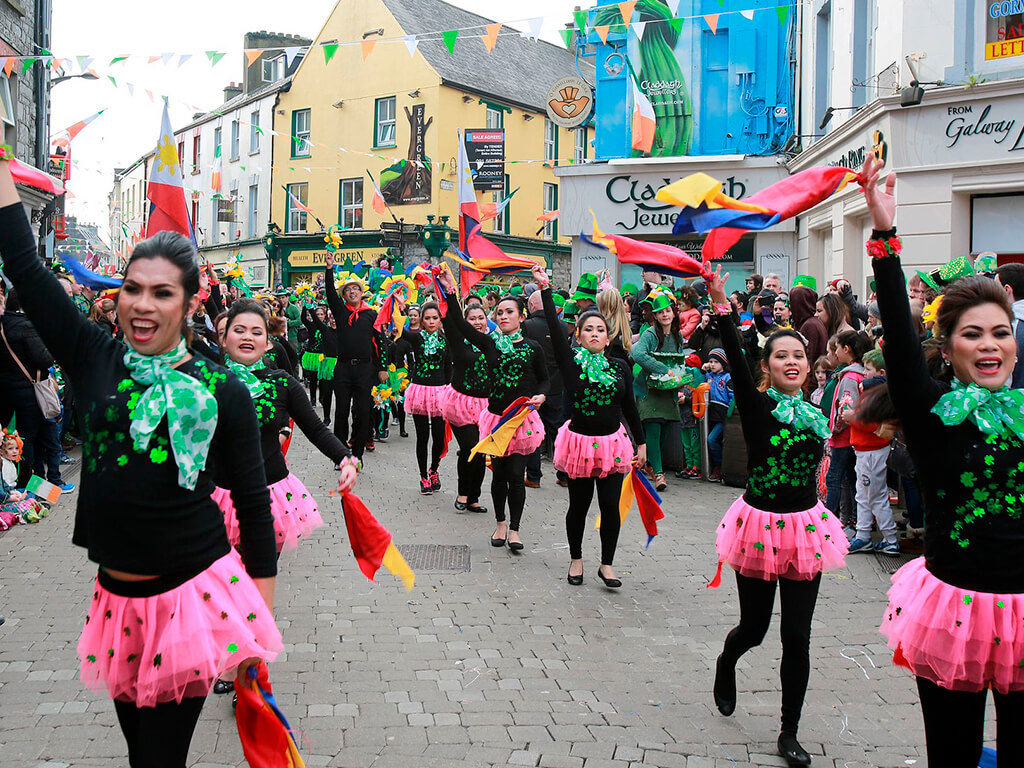 
St Patrick’s Festival parade in Galway is a platform to showcase local artists and community groups. The parade starts at 11.30am and runs through Galway city centre for over 1 hour. The event aims to celebrate Galway’s diverse culture and talent through an inclusive programme of events. Expect many additional events to be held throughout the city over the bank holiday weekend. 2022 marks the 119th anniversary of the Galway St. Patrick’s Day Parade and you can expect a wonderful spectacle of all things Irish. The iconic fountain in Eyre Square will even turn green as part of the St Patrick’s Day celebrations. The Parade will start at 11.30am and finish at approximately 1.00pm. The parade will feature an array of community, cultural, sporting and international groups including Ireland’s pioneering spectacle theatre company Macnas, led by the Macnas Young Ensemble. Recognised worldwide for its quality and innovation, Macnas will be accompanied by a fantastical, flowery giant Macnas owl alongside a cacophony of rhythm passion and purpose from the next generation Macnas drummers. St Patrick’s Festival Galway aims to celebrate the cities diverse culture and talent through an inclusive programme of events. They aim to create a carnival atmosphere that the whole city can be part of and they do. This year’s parade highlights include Galway Arts Centre, Colours Street Theatre, An Taibhdhearc Theatre and Galway Theatre Festival with community groups such as Foróige, GAA clubs, Amnesty International and The Russian Culture Club creating a kaleidoscope of of Galway’s rich mix of cultural and ethnic diversity.