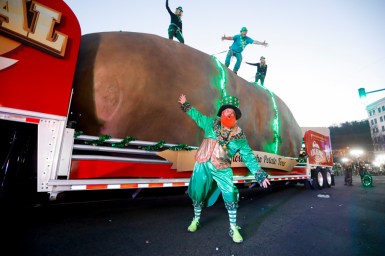 
Appropriately enough, the World’s Shortest St. Patrick’s Day Parade history begins with an Arkansan of Irish descent sharing a few pints of malted beverage with some friends. As the pub where they had gathered was situated on the World’s Shortest Street in Everyday Use — Hot Springs National Park, Arkansas’, Bridge Street, the conversation evolved into a question of how to use Bridge Street’s 98-foot length to attract visitors to Hot Springs.

Naturally, it was the Irish descendant who suggested organizing the shortest St. Patrick’s Day parade on the street.