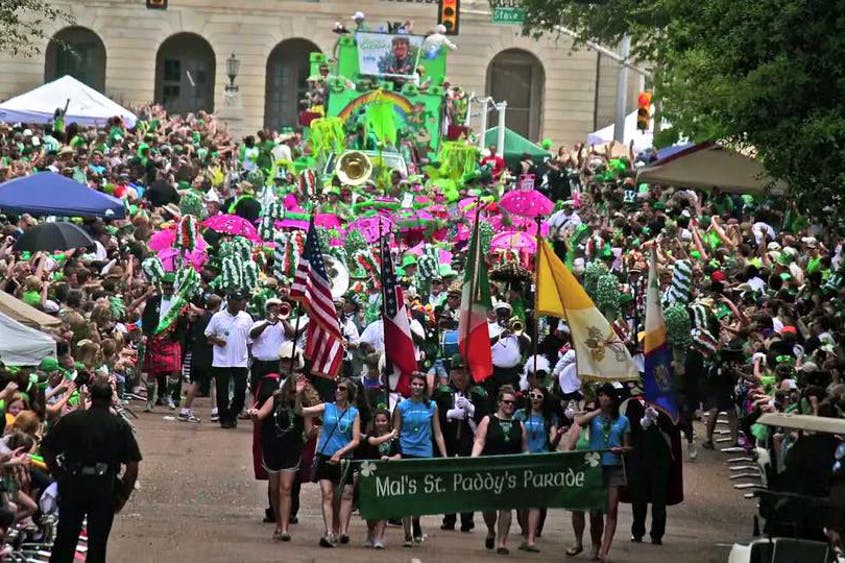 Back in the early ‘80s, Malcolm White got a permit from the city, grabbed some friends, and had a little group stroll up Capitol Street. Dressed like characters from the plays of Tennessee Williams, those in the group were determined to have a good time, but it wasn’t just about the fun – White’s goal was bigger than that. He wanted to give the capital city the chance to celebrate something uniquely Jackson. By combining his love for Mardi Gras with a rites-of-spring / St. Patrick’s Day kind of feel, White created something wacky, funny, and extremely original. It wasn’t long before Mal’s St. Paddy’s Parade became a phenomenon in its own right. And it continues today as Hal’s St. Paddy’s Parade and Festival, in honor of Malcolm’s late brother Hal, who was one of its leading revelers and supporters.

You know something’s become more than just an event when an entire culture springs up around it. The parade gives people an opportunity to express themselves in ways they can’t otherwise, and over the years, folks have taken advantage of it in outlandish, creative and wonderful ways. From the O’Tux Society to the Krewe of Kazoo, Alabama Shakes to The Rude Men, the parade’s been the epicenter for social and parading clubs too numerous to list. Music, too, has become integral (shouldn’t expect anything else, this being Mississippi) with Mississippi blues artists and New Orleans-inspired brass bands converging on Downtown Jackson every year, for both the parade and a slew of post-parade parties that carry on long into the night. Not the least of which, by the way, takes place over at Hal & Mal’s, where, thirty years ago, it all got started.