Or Get Wed in Ireland! 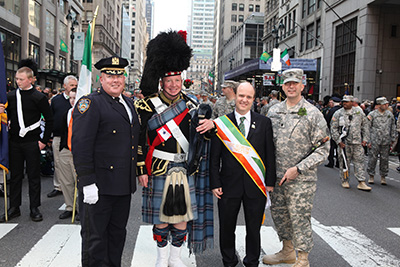 The NYC St. Patrick’s Day Parade is one of New York City’s greatest traditions. The first parade was on March 17, 1762 — fourteen years before the signing of the United States Declaration of Independence. The first NYC St. Patrick’s Day Parade was comprised of a band of homesick, Irish ex-patriots and Irish military members serving with the British Army stationed in the colonies in New York. This was a time when the wearing of green was a sign of Irish pride but was banned in Ireland. In that 1762 parade, participants revelled in the freedom to speak Irish, wear green, sing Irish songs and play the pipes to Irish tunes that were meaningful to the Irish immigrants of that time.

The St. Patrick’s Day Parade is the world’s oldest and largest parade and has become a tradition that is enjoyed by all!