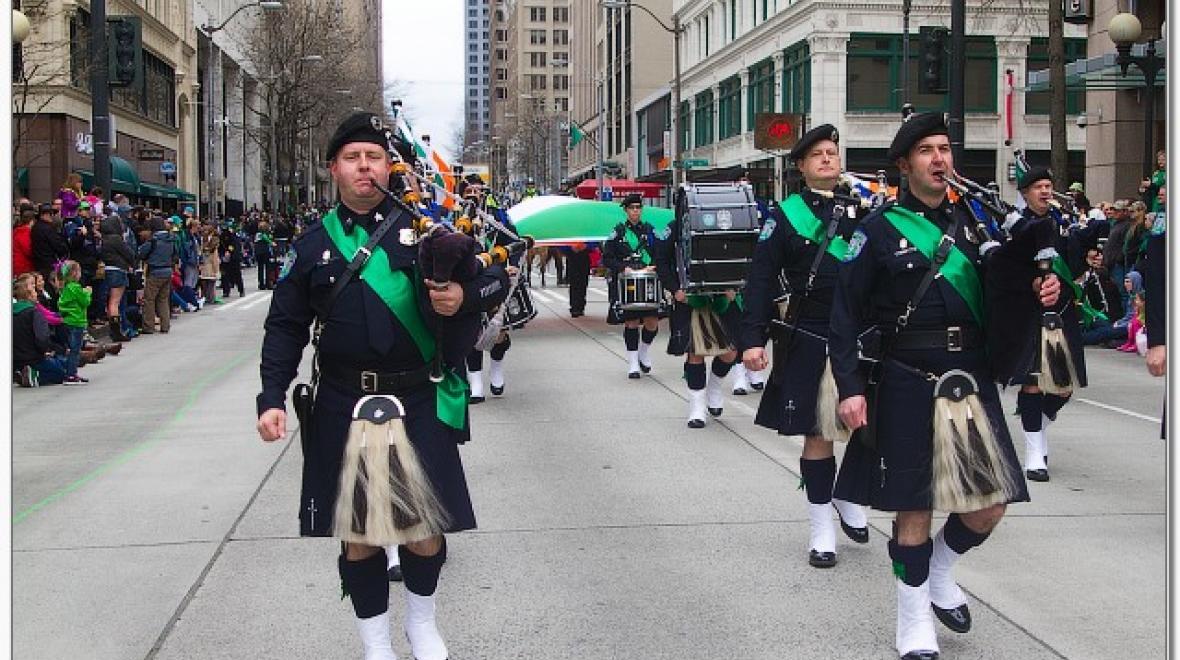 
Seattle celebrates St Patrick's Day in grand style, with a full week of activities. Festivities kick off with the proclamation of Irish Week. Seattle, Washington Due to Seattle's northern state climates, like Ireland, the city received many Irish immigrants. So many that Seattle and Galway are sister cities. Every year on St. Patrick's Day, there's a mini-parade to prepare the parade route with the ceremonial painting of a green stripe down the center of 4th Avenue. The day of the parade begins with a Catholic Mass for peace. The Seattle Parade starts at 4th Avenue and Jefferson to the Reviewing Stand at Westlake Park, ending officially at the Seattle Center. The annual Irish Week Festival is enormous, including Irish step dancing, food, historical and modern exhibitions, and Irish lessons.